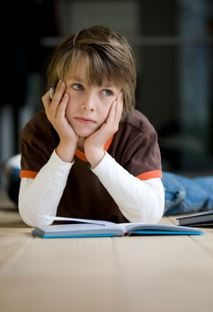 Attention deficit hyperactivity disorder (ADHD) is a behavioral condition in which children/adults have difficulties paying attention and focusing on tasks. This common disorder begins in early childhood and can continue into adulthood. If not recognized and treated, it can cause problems at home, school, and work and with relationships. Many adults do not realize that they have ADHD until their children become diagnosed, and they begin to recognize their own symptoms. Adults with ADHD may find it hard to focus, organize, and finish tasks. They are often forgetful and absent-minded.

Eating a balanced diet can help all people—including those with ADHD—function well. Those concerned about diet and ADHD hypothesize a toxic or allergic effect by some foods. The most commonly targeted foods are milk, wheat, dyes, preservatives, sugars, and caffeine. These diet elements are believed to cause or at least contribute to ADHD and ADD Symptoms.

Foods to eats for those with ADHD

Best rule of thumb to use is read the labels of the food you choice also shop the perimeter of the store you will find most natural foods there.

Exercise is a fantastic and highly recommend way to combat ADHD it helps push past failures and helps you attack things you didn’t succeed in before. Exercise helps reduce learned helplessness. It also helps the Brain release important chemicals like Endorphins that help regulate mood, pleasure, pain. Also exercise helps elevate Dopamine, norepinephrine, and serotonin levels. These brain chemicals affect focus and attention, which are in short supply in those with ADHD.  Contact one of our fitness professionals today to start a fitness program

Some well known celebrities that have ADHD include Justin Timberlake, Jamie Oliver who both help keep it under control with diet. Katrina Smirnoff, Will Smith, Michael Phelps, Jim Carey, Ty Pennington Paris Hilton,Christopher Knight, Howie Mandel, Terry Bradshaw who frequently speaks out on mental disorders telling even big guys get it taken care of., James Carville, Pete Rose who found his undiagnosed ADHD may heave been a contributing factor to other addictions like gambling, Michelle Rodriquez, Bruce Jenner, Solange Knowles who was often mistaken for being high or drunk due to untreated ADHD.

Statistics have shown a person who has ADHD is  300% more likely to start their own business like Richard Branson, and David Neelman, who credits his ADHD for founding JetBlue. Having it gives you creativity and the ability to think outside the box. So does Paul Orfalea, the founder of Kinkos (the name comes from a nick name for his curly red hair).

If you and/or your child is diagnosed with ADHD with proper diet and exercise can be controlled.