What are the Health Benefits of Coffee? 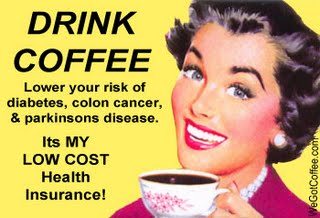 What are the health benefits of coffee? In 2008, the American Heart Association published a statement exposing the potential risks of drinking coffee, saying it may increase the risk of heart failure. Now a new study published recently in the Circulation: Heart Failure journal has turned the idea of coffee being bad on its head. It claims that drinking one to two cups of coffee a day may in fact lower the risk of heart failure.
After analyzing a number of studies performed over the past few years on the effects of coffee con

sumption, this recent report has found that across all the previous studies, it has been shown that some coffee is surprisingly good for you. As with most things in life, moderation is the key. Heavy coffee consumption, which is defined as four to five cups a day, still may pose some dangers, including increased blood pressure.

The exact reason for why moderation amounts of coffee may be good for you is still not exactly known, but it is thought that it has something to do with the antioxidant benefits. The study also does not distinguish between caffeinated and decaffeinated coffee, although in most studies caffeinated coffee was consumed.

The lead author of this most recent study was quick to stress that by no means do these new finding make coffee a “health” drink. She also recommended that if you currently are not a coffee drinker, you should not take up the habit in an effort to obtain these possible positive effects.