Health & Wealth: Keeping Up With The Numbers 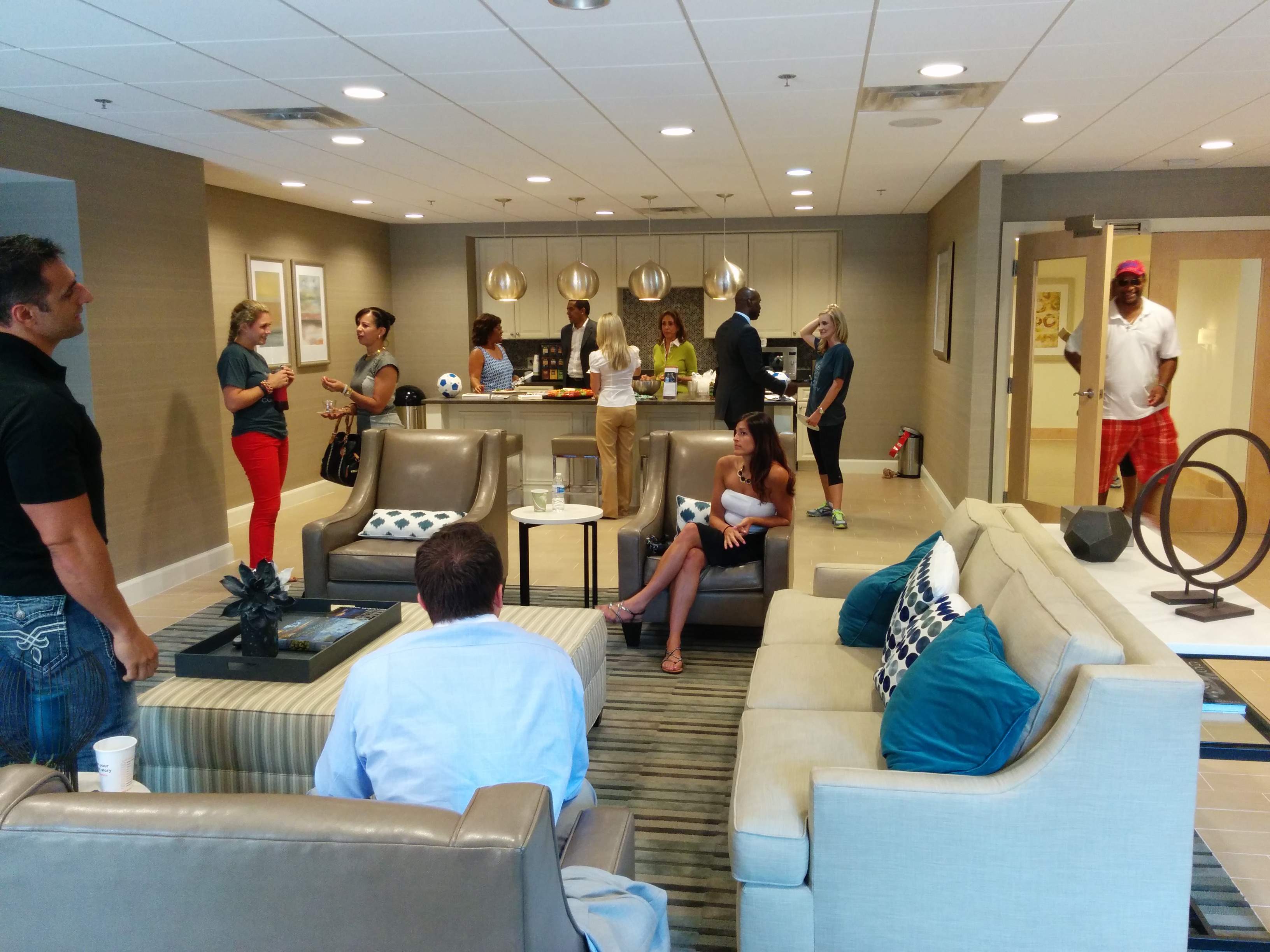 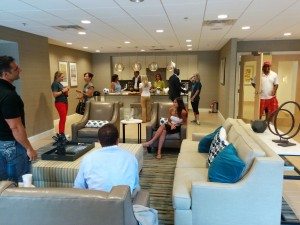 If you were to ask people how much they liked math class in school or dealing with numbers on a daily basis, it’s a safe bet that there would be very few who would raise their hands. However, numbers are hugely important in life, particularly when it comes to both your wealth and your health. Your fitness is completely based on numbers, from the number of repetition exercises you might be engaging in to keeping track of your calories or weight loss. Additionally, numbers are all-important when it comes to your personal wealth situation, including your bank accounts, investments and taxes.

Recently, Fadi Malouf joined forces with David Morales from New York Life to give a presentation to some Buckhead residents on the important aspect that numbers play in their lives. Though it may seem like a stretch to combine your financial results with your physical fitness, both are an investment in yourself and your well-being. By balancing the numbers, you can achieve success throughout every aspect of your life.

Numbers in Fitness: The Way To Results 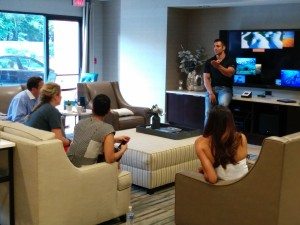 The idea of counting facts and figures within your fitness routine is nothing new, however it’s something that many actually fail to do. According to  Bodybuilding.com, tracking your progress is the only way that you can see where you’ve started and chart where you want to go. Fadi agrees, “the fact that you’re writing it down or logging it allows you to keep an eye on it, and the results are less surprising. People want to say that this gimmick is the best thing, but it’s actually really simple. Become aware of what you’re doing on a daily basis by measuring — or counting — your food intake and what you’re doing exercise-wise.

How Do You Keep Track?

Though back in the older days, most fitness fanatics simply used the power of their memory or a simple pen and paper to keep their measurements in check, fortunately technology has caught up. You only need to open up a fitness magazine or walk into your nearest store to see what’s on offer. Many mobile phones are also offering apps and other devices to enhance your ability to track your fitness levels and keep your goals on course. Some of the current favorites on the market today are the Nike Fuel Band or My Fitness Pal, which Fadi personal recommends for many of his clients. While this may seem unbelievably high tech, Fadi went on to elaborate that science is getting to the point where you will be able to get an implant that will help you to keep track of what you’re doing on a daily basis.

Why Do People Struggle With Fitness?

Considering that fitness is so important, what keeps people from engaging in it? During the group discussion, many people found that finding the time was probably the biggest culprit. Others mentioned that starting a routine can also feel overwhelming, or that they’re not sure where to even start.  The most important thing to do is to find a program that you like and stick with it. “Follow through is the most important thing,” said Fadi. “If you choose a plan, follow through with it — it’s the only way to get results!”

When it comes to what to eat, it seems like everyone has a different opinion on what you should be doing. High protein, calorie counting or even crazy crash diets are something that many people have tried or at least considered. However, what if you took a new approach to how you eat rather than looking at your eating habits as a diet?

When it comes to healthy eating, Fadi recommends the 5-3-12 Fat Loss Formula. Rather than a diet plan, this is an overall health plan to get your body on track and working at its optimal level. Essentially, this means you eat 5 meals a day, every 3 hours and then fast for 12 hours (when you’re sleeping). Additionally, it’s important to look at your food more as fuel. For example, many people make the mistake of eating a light breakfast, a fairly decent lunch and then a large dinner. But why should you fuel up when all you’re going to do is sleep? Instead, look to make your breakfast your fuel-up point and dinner can be your lightest meal. Essentially, you should always eat for what you’re about to do.

If you’d like to know more about Fadi’s latest book, Strong, or his partner’s book, Living on High Speed, be sure to click the links to visit Amazon.com or click the link on this site.

Personal Wealth & Your Future: Numbers To Think About

You may think that an investment plan or portfolio is for you, or that you’re doing just fine with your savings account. Additionally, you may think you don’t have the time to dedicate to appropriately researching or understanding the finer points of working with a financial company. Fortunately, this is something that David & Kevin who visited the group from New York Life fully understand. One of the oldest and most prestigious financial companies in the United States, New York Life has been around for 160 years and is Triple A rated. Though you may have thought of them as just a life insurance company, they actually offer a range of financial services that could come in handy for nearly everyone, including retirement planning, college funding and even health insurance.

Investments: Isn’t That What My Parents Did?

You remember your parents talking about investments back when you were a kid, particularly if they were hopeful to send you to college or help you with purchasing your first home in the future. When it came to their investments, they traditionally used banks and savings accounts. Additionally, they usually had three different revenue streams of wealth:

Unfortunately for the younger generation, those options are no longer viable. According to Kevin, “only 11-12% of Americans have a pension fund.” Additionally, trying to fund our retirements the way that our parents might have simply won’t work — and we’re living longer too. If you were planning on putting money into the bank, you’re simply not going to get the same interest rates that your parents enjoyed. Wealth creation starts at 3.5%. Anything above that is when your money actually starts working for you.

New Ways To Think About Investing 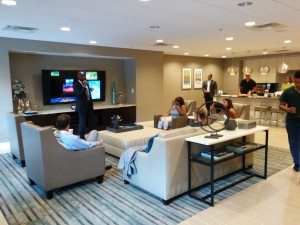 When it comes to investing and having a plan for your future, you’re not alone if you haven’t even begun thinking about it. Harvard University did a study of a sample of 100 Americans from ages 22-65 years old to see how they lived financially. Out of that 100, 13 of those people died and 65 lived on an income that was below $11,000 — well below the nation’s poverty line of $20,000 per year. Only 10-12 of those people had an income that was over $65,000 per year. So what was a common factor for those people who were doing better on the money scale? Overwhelmingly, they had a plan in place and carefully monitored it.

Though you might have turned to 401K’s as a way to invest for your future, the economy is currently at the lowest tax bracket in 15 years. Quite simply, it does not give the same results as different avenues that are available to the average investor. Additionally, though putting money into your 401K allows the government to not see that money as income, it does get taxed if you pull it out. There has to be another way!

Investments and stocks are the best avenue to give us wealth — but it’s also the way we’re least familiar with. Even in the worst 20 years of the stock market, it still gave a return of 8%. In fact, last year the stock market moved 36% in growth. So how do you get involved?

Like those lucky 10-12 people in the Harvard study, you need a plan. If you’re looking to improve the numbers on your future, getting together with a financial planner can actually help put you on the right track and answer any questions you might have.

Health and wealth: it’s as easy as keeping track of the numbers!